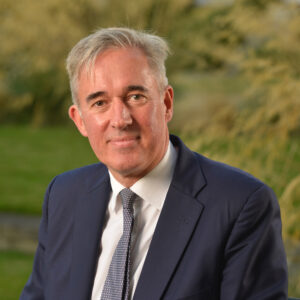 Stephen studied law at Downing and then did his articles at Clifford Chance where he qualified as a banking and finance lawyer. Following an MBA at Insead, he joined SG Warburg/UBS in 1994. He moved to Deutsche Bank in 2016. He has worked on a broad range of equity, debt and M&A transactions primarily in the infrastructure, transport, energy and utility sectors. He is now global head of the infrastructure and utilities corporate finance sector team at Deutsche Bank. He is Chairman of the CBI Infrastructure Board. 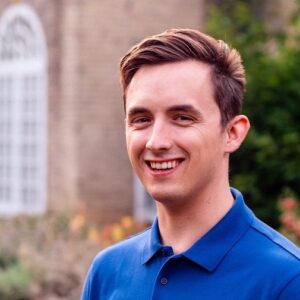 Felix is a current Downing College PhD student based at the Whittle Laboratory, Department of Engineering.  He was previously an undergraduate at Downing College, studying Physical Natural Sciences.  His research focusses on improving the performance of industrial turbines for power generation. 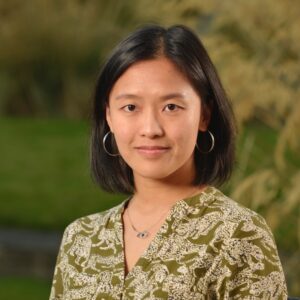 Helena has been at Downing since 2017, and is currently a PhD student at the Department of Computer Science and Technology. Her research focuses on natural language processing and deep learning techniques. 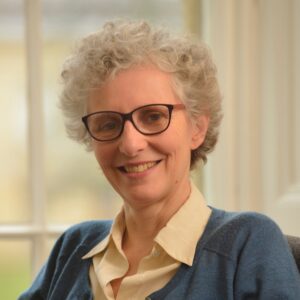 Susan joined Downing 15 years ago as a first step into educational development. She now principally handles Legacy Fundraising and Donor Stewardship for the College. She has been involved in Downing Enterprise since its inception in 2006. 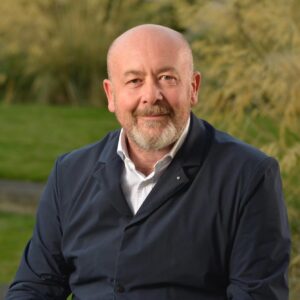 Nick is a partner at Active Partners and currently holds Non-Executive Director positions at Context, Finisterre, Honest Burgers, The Fold, TravelLocal, and Lean Restaurants where he was previously Chairman between 2008 and 2016. Nick is currently the Chairman of Rapha Racing and led the sale of Evans Cycle as Chairman in 2007.

Prior to joining Active Partners, Nick was CEO of MW Group in London and the UK Managing Partner for Mistka NV where he led investments in Brantano UK, AS Adventure and Cotswold Outdoor and Partner at Net Fund Europe, a £70m private equity fund established by Mitiska. 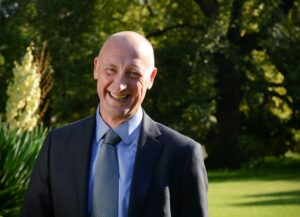 Gavin joined Downing in 2020 with a background in the travel and hospitality sector. As a senior executive with the InterContinental Hotels Group (IHG) for more than fifteen years, Gavin was responsible for leading IHG through a major organisation, efficiency and cultural change programme. After leaving IHG in 2019, Gavin moved into the education sector, teaching at a University in Switzerland, and he is on the Board of a not-for-profit company in Stevenage providing services to schools in Hertfordshire, working closely with the County Council. 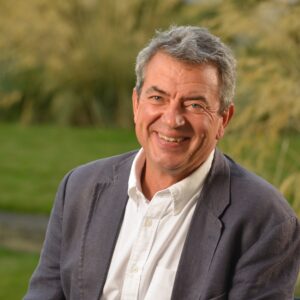 Charlie joined Morgan Grenfell after leaving Downing, and has worked in private equity since 1992, first at Morgan Grenfell, then at Candover Partners and currently as a director of 24Haymarket, a business angel group, which he co-founded. He is also currently a director of five investee companies and chair of ThinkForward (UK), a charity that provides long term coaching and support to young people in schools who are most at risk of ending up as long term unemployed. 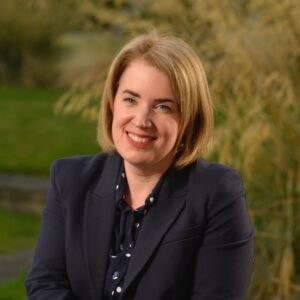 Jo is the Development Director, Fellow and Senior Officer at Downing College, Cambridge. She has two decades of experience honed as a senior major gifts fundraiser at the University of St Andrews and previously at the University of Edinburgh, working with donors in the UK and internationally. 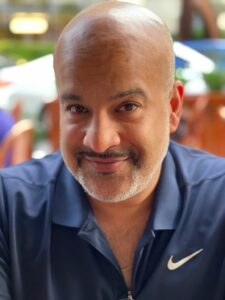 Reyaz is the founder and CEO of The Kassamali Group, LLC, a global merchant banking and advisory firm.  He also serves as Senior Advisor to Concord Music Group.  Reyaz is an entrepreneur, having launched several businesses, an angel investor and holds various non-executive board positions.  He has a particular specialty in global consumer/retail, IP-driven businesses (e.g., licensing/franchising) and consumer-facing tech. 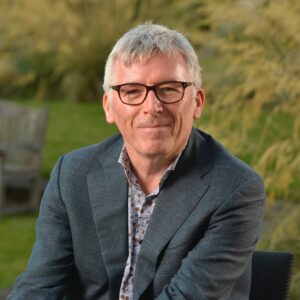 Bill has written over 170 research publications and scientific papers on the subject of laser-matter interactions, optical engineering, laser based manufacturing technologies, and micro/nano fabrication techniques. He is a member of the international advisory panel of the National Laser Centre of South Africa, a Director of the Laser Institute of America, and advises industry on a number of laser based manufacturing technologies. 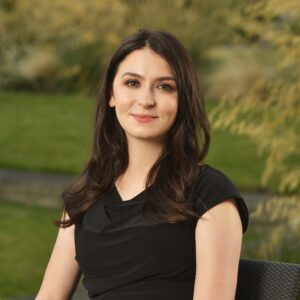 Emily studied sciences for her B.Sc in the Netherlands before joining Downing to study Engineering. During her time working on the PhD she continued to develop her skills and interests in entrepreneurship by partaking in courses at the Judge Business School and winning multiple competitions. In 2017 she won a Downing Enterprise award and in 2020 continued to win three further entries. 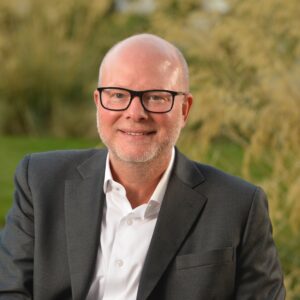 David is the Chief Operating Officer at The London Stock Exchange Group. Prior to that he was the Chief Operations & Technology Officer at Willis Towers Watson and the COO at Royal Bank of Scotland, Global Banking & Markets division. He read Geography at Downing followed by a Masters in Computer Science at the LSE. After graduating he started at Accenture before working for JP Morgan and UBS in their capital markets businesses, with particular focus on technology and operations. 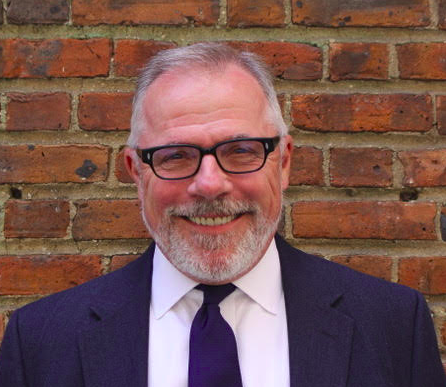 Carl is a founding partner of the investment firm Bellnote Partners LLC. Prior to joining Bellnote, from 2008 -2014, Carl was CEO of the Abu Dhabi National Energy Company PJSC (TAQA), and before that was Managing Partner of Allen & Overy LLP’s Frankfurt and New York offices during his 25 years with the firm. He is a Solicitor of the Supreme Court of England & Wales as well as an attorney in the State of New York.

David Wormsley is Chair of UK Banking at Citigroup with experience in various aspects of finance including public and private equity fundraising, initial public offerings (IPOs), mergers and acquisitions, and debt financing.

David sits on the boards of the Museum of London and the European advisory Board of Cushman and Wakefield and advised many private equity houses, government bodies and UK and overseas public and private corporates, including abroad range of FTSE 100 companies. 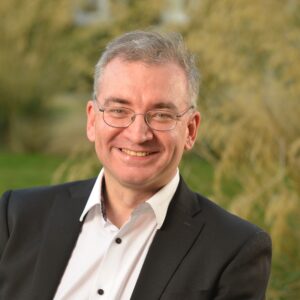 Michael has worked in intellectual property since 1991, joining Fry Heath Spence in 1994. He qualified as both a UK Chartered Patent Attorney and as a European Patent Attorney in 1995, and became a partner in 1996. In 2001, the Chartered Institute of Patent Attorneys awarded Michael one of the first Patent Litigator Certificates, enabling him to bring cases in the High Court on behalf of clients. In 2012 Michael founded Downing IP an independent firm of patent attorneys.

As a Patent Attorney, Michael focuses on the implementation of IP rights. He specialises in general mechanical electrical/electronic and metallurgical inventions; litigation; trade marks and designs. 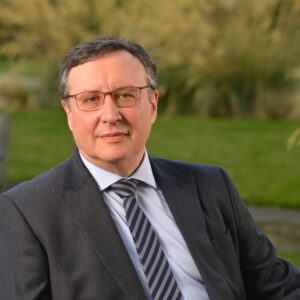 Jonathan is the head of the Business Group at Hillier Hopkins LLP, responsible for the firm’s policies and activities in providing services to business clients. He is a senior audit partner with special interests in business structures, valuations and transactions, and is based in the firm’s London office in St James’s. Having qualified at what is now BDO in 1986, he set up a new firm in 1993 which, ultimately, he merged to form the London practice of Hillier Hopkins LLP in 2008. Jonathan has authored and acted as reviewer for several article series and publications, including guidance for accountants on preparing business plans, as well as taxation issues. 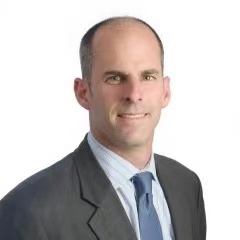 Pierre is a partner of Templar Advisors and has been in the communications business for 19 years. He regularly works on a variety of projects including new business pitches, equity offerings and major conference speeches, as well as conducting individual training and group seminars. He has worked extensively with equity research, equity sales, fund managers, and portfolio managers on their persuasive communication skills. He also works on numerous Initial Public Offerings and trade sales preparing management for the pitch.

Previously he worked in Paris as a broker for Bacot, Alain, subsequently Warburg (UBS). He also worked in Angola with the United Nations, was an officer in the infantry and spent 2 years in the Ministry of Defence as personal advisor to the Chief of Defence Staff. He has a degree in Politics & International Relations and was qualified by the SFA as a registered representative. He speaks French, Spanish and Swahili. Pierre also lectures at the London Business School.